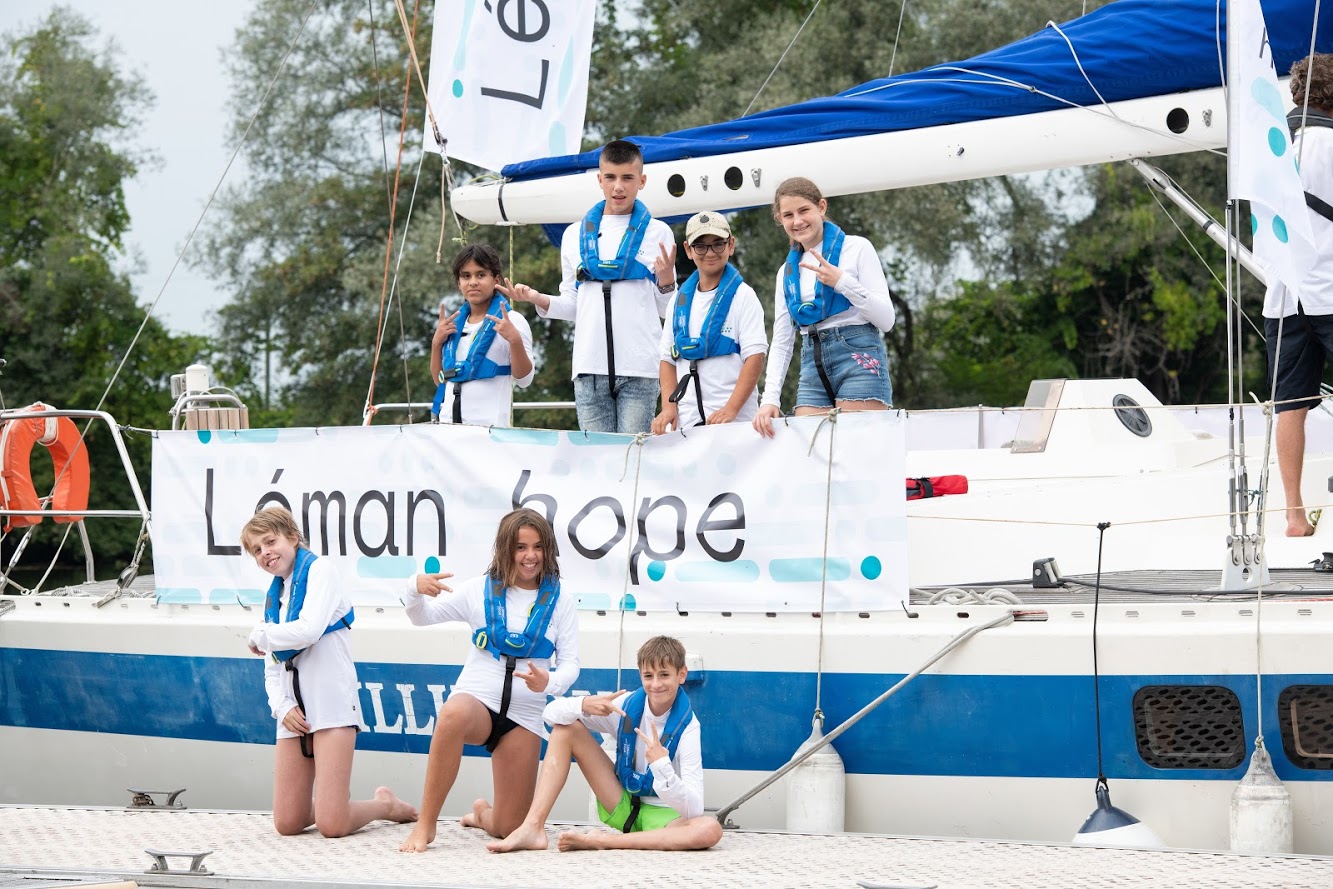 The birth of Léman hope

Support, inspire and empower young people to embrace their future with optimism after surviving cancer:
this is the purpose of Léman hope

Lausanne, December 10th – In Switzerland, around 3000 young people between the ages of 8 and 21 years old have been affected by cancer in their childhood and often are still feeling the devastating effects, physically and mentally. Through a bespoke sailing adventure, clinically proven to have significant impact on the young person’s confidence and outlook, Léman hope – the new project of the Chiki Foundation – aim to give these ‘survivors’ a true restart to their lives.

“I don’t recognise my son, these 4 days have transformed him.” These words alone, spoken by the mother of a child taking part in the first edition last September, describe the importance of Léman hope’s project for young people in recovery from cancer. After the devastation of this terrible illness which strikes another 250 or so children every year in Switzerland, the return to a “normal life” is often difficult. The physical and psychological consequences of cancer, hospitalisation and treatment, can still be felt long afterwards.

This is where Léman hope comes in, offering support to rebuild their lives through a 4-day ‘reset’ trip, using a sailing platform on Lake Geneva (Lac Léman in French). During these 4 days, young people build confidence by making friends with others who have had similar experiences – often for the first time – in an environment where everyone understands each other. This fun and enriching adventure represents for them the opportunity to rediscover independence away from home, learning new skills and catching up on some stolen childhood years. Most importantly, they stop feeling like they are the ‘only one’.

With the support from CHUV and ARFEC

Created by the Chiki Foundation, Léman hope is inspired by the British charity Ellen MacArthur Cancer Trust (EMCT) founded in 2003 by the famous sailor Dame Ellen MacArthur. Léman hope was born out of a meeting in Lausanne between Esteban Garcia, founder of the Chiki Foundation, skipper Jérôme Clerc, director of Realteam Sailing, and Mark Turner, co-founder of EMCT. Offering this same opportunity to young people in recovery from cancer in Switzerland seemed obvious to them, all three passionate about both sailing and Lake Geneva.

Léman hope is supported by the Centre hospitalier universitaire vaudois (CHUV) and the Association of Families of Children with Cancer in French-speaking part of Switzerland (ARFEC). Indeed, the doctors of the paediatric oncology department of the CHUV were immediately enthusiastic about the project and are convinced of the need for such a project and its benefits for young people after hospital treatment ends. As for the ARFEC, their support in terms of experience, logistics, family needs and network is precious.

Take 250 children a year on a Léman hope cruise

The first Léman hope sailing trip took place between the 18th and 21st of September this year, and took seven 13 year olds onboard two sailing boats on Lake Geneva. On each boat, they were accompanied by a professional skipper and an ARFEC instructor who had been touched by cancer as a child. A paediatric oncologist from the CHUV ensured a permanent onshore presence.

The testimonies of the children after this 4-day adventure and the words of their parents a few days after their return are as much encouragement as needed to continue on this path. The first edition of Léman hope was entirely financed by the Chiki Foundation. In order to offer this same boost of optimism and confidence to other young people in recovery from cancer and to ensure the sustainability of this project, Léman hope and the Chiki Foundation are calling for support and donations. Every year, 250 young people in Switzerland are diagnosed with cancer. Our objective is clear: to take 250 young people on a Léman hope sailing trip every summer to help them reset and restart their lives.

“It’s the best experience of my life!”
Leno, 13 years old

“I didn’t recognise Aurélien when he came back! He had grown up, got tanned, his hair had grown. He was exchanging with the other children, interacting outside of me and I thought it was incredible.”
Isabelle, Aurélien’s mother, 13 years old

“It helped me to have confidence in myself.”
Océane, 13 years old

“On Friday, I handed you a Jayson that was closed and not very lively. On Monday, it was an open and very communicative Jayson that came home. His mind was full of stars, the same stars we found when we watched together the pictures of the trips a few days later.”
Isabel, mother of Jayson, 13 years old

To visit our website: www.lemanhope.ch
To find out more on video: https://youtu.be/MWj2rBNXNd0
To download photos and video: https://we.tl/t-szNolZfz6t